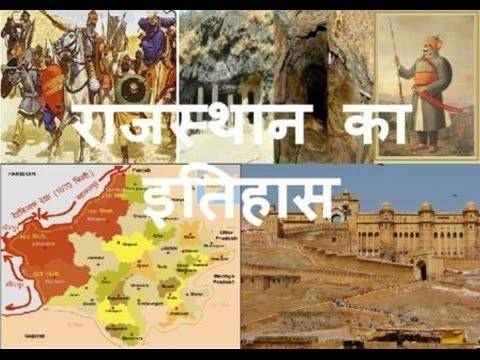 Todd’s statement has stood the test of history not only in the ancient and medieval ages, but also in modern times. If the Pratihara in Jalore and Gehlot of Mewar had not stopped the flood of Arab invasion in the 8th century, then the whole of India would not have spoken about the Arabs. Rawal Jait Singh of Mewar defended his independence by defeating Sultan Iltutmish of Dilla in 1234 and Sultan Balban in 1237. In 1303, Sultan Alauddin Khilji attacked Chittor, the capital of Mewar, with a huge army. In this first Shake of Chittor, thousands of brave heroes sacrificed themselves to protect the motherland, but Khilji was successful in capturing the fort. Rana Hamir repaid this defeat in 1326.

In the middle of the 15th century, Rana Kumbha of Mewar emerged as a formidable power in northern India. He defeated the sultans of Gujarat, Malwa, Nagaur separately and jointly. In 1508, Rana Sanga took over the reins of Mewar. Sanga was very ambitious. He wanted to hoist his flag in Delhi. After establishing his rule over the whole of Rajasthan, he jointly defeated the sultans of Delhi, Gujarat and Malwa. In 1526, Babur, the son of Umar Sheikh Mirza, the ruler of Fargana, captured Delhi by defeating Sultan Ibrahim Lodi in the field of Panipat. Sanga believed that Babur would also return to his homeland after plundering like his ancestor Timurlang, but Sanga’s conjecture proved to be wrong. not only this, Babur left for Agra to fight Sanga. Sanga also marched with the army of the whole of Rajasthan towards Agra. The first meeting of Babur and Sanga took place near Bayana. Babur’s army fled. Babur tried to reconcile with Sanga, but Sanga kept on moving forward. On March 17, 1527, a fierce battle took place between the two sides in the field of Khanwa. Once the Mughal army missed sixes. But in the meantime, unfortunately, an arrow hit Sanga’s head due to which he fell unconscious. He was removed from the battlefield and taken to Baswa. With this accident, the battle turned upside down, Babur emerged victorious. He succeeded in laying the foundation of the Mughal Empire in India, it is clear that the battle of Khanwa was decisive, not of Panipat, in the establishment of the Mughal Empire.

The battle of Khanwa broke the back of Mewar. Not only this, he remained a victim of planetary discord for years. Now the leadership of Rajasthan passed from the hands of Mewar Shishodis to the hands of Rathod Maldev of Marwar. Maldev ascended the throne of Marwar in 1553. He greatly expanded the Marwar kingdom. At this time Sher Shah Suri defeated Babur’s successor Humayun and captured Delhi. Sher Shah, seeing the increasing power of Maldev in Rajasthan, in Sumel village near Marwar, soured the teeth of Sher Shah’s army in such a way that once Sher Shah was demoralized. But in the end Sher Shah won by deceit. Still, while returning from Marwar, he was compelled to say – “”

In 1555, Humayun recaptured Delhi. But he died the very next year. In his place, Akbar became the emperor. He attacked Marwar and snatched the areas like Ajmer, Jaitaran, Merta etc. Maldev himself died in 1562. After his death the star of Marwar went down. In 1587, Mauta Raja Udai Singh, son of Maldev, married his daughter Manabai to Prince Salim and surrendered himself completely to the Mughal Empire. The Kachwahas of Amer, Rathors of Bikaner, Bhati of Jaisalmer, Hada of Bundi, Deora of Sirohi and other small states had already accepted the suzerainty of the Mughals.

Just Rana Pratap of Mewar stayed an impediment in Akbar’s success of India. Akbar made many assaults on Mewar with full power from 1576 to 1586, yet his expectation to oppress Rana Pratap was not demonstrated. Tears came. He accepted that the victory was definitely of Gehlot Rana. It is a historical truth that in the freedom struggle of the country, many patriots climbed the altar laughing after getting inspiration from the life of men and women like Pratap.

On the demise of Maharana Pratap, his replacement Amar Singh made a settlement with the Mughal Head Jahangir. He agreed to send his Patvi son to the Mughal court. In this way the independence of Mewar also came to an end after 100 years. During the Mughal period, Jaipur, Jodhpur, Bikaner, and other kings of Rajasthan, shoulder to shoulder with the Mughals, played an important part in the expansion and defense of the Mughal empires. As a result of his excellent services to the empire, he acquired great ranks, jagirs and honors in the Mughal court.

www.GKDuniya.in will update many more new jobs and study materials and exam updates, keep Visiting and share our post of Gkduniya.in, So more people will get this. This content and notes are not related to www.GKDuniya.in and if you have any objection over this post, content, links, and notes, you can mail us at gkduniyacomplaintbox@gmail.com And you can follow and subscribe to other social platforms. All social site links in the subscribe tab and bottom of the page.