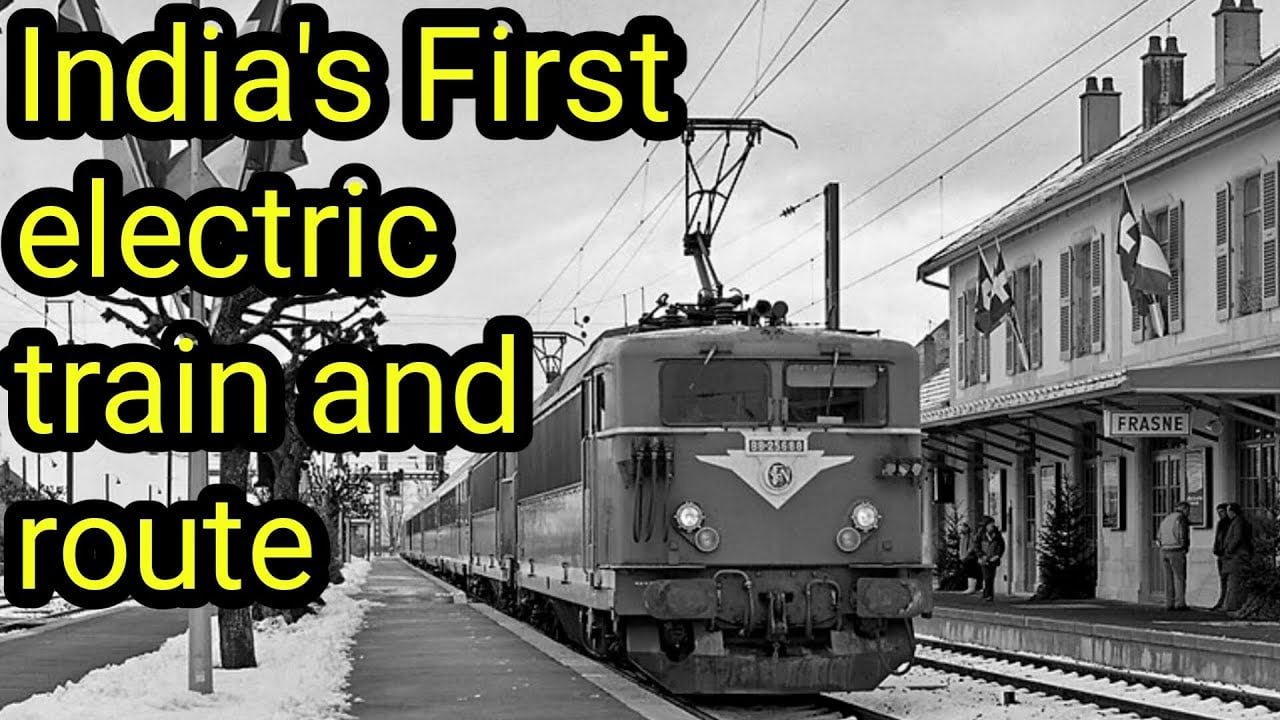 India’s First Electric Train: Railways carry people and goods over long distances quickly and cheaply. Rail transport is an efficient system of signaling and communication. It is also the economic lifeline of India as many travelers use it every day. Most of us will have the experience of traveling in trains. Let us know when and from where did the first electric train run in India.

When and from where did the first electric train run in India?

The first electric train in India February 3, 1925. ran between Bombay VT ((now Chhatrapati Shivaji Maharaj Terminus, Mumbai) and Kurla Harbor on 1500 V DC was electrified on Flagged off by Leslie Wilson, the locomotives for this train were built by Cammell Laird and Uerdingen Waggonfabrik (Wagon Factory).

Later the power line was extended to Igatpuri district of Nashik and then to Pune. 5 January 1928 on the suburban section of the Western Railway between Colaba and Borivali and between 15 November 1931 Madras Beach and Tambaram of the Southern Railway on Thus, before independence , India had 388 KM DC electrification.

Now let’s look at some other facts

In the post-independence era, First Five Year Plan during the period of the 3000 the electrification of the Howrah-Budwan section of Eastern Railway on 1958 was completed in

The Electric Multiple Units (EMUs) required for Calcutta suburban services were manufactured indigenously at Integral Coach Factory (ICF), Perambur and 1962 the first EMU was commissioned during

– third plan , along with indigenization, electrification was 1678 RKM extended