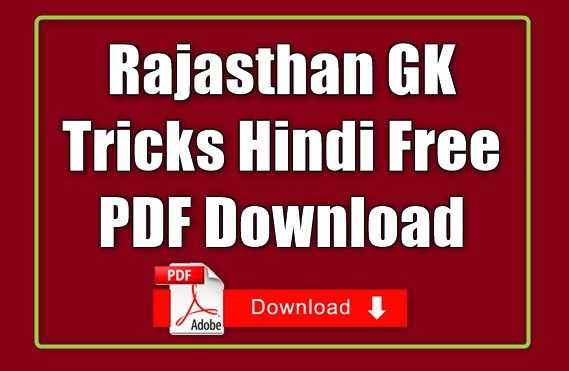 of the reign of Mewar’s ruler Rawal Ratan Singh Ratan Sinh The main event was the first Saka of Chittor .

There have been three sakas in Chittor. Chittor was attacked on January 28, 1303 , by the of Delhi Sultan Allauddin Khilji Allauddin Khilji , the daughter of Ratan Singh Rani Padmini with the aim of obtaining (according to Malik Muhammad Jayasi’s Padmavat).

In this war of Chittaud , Allauddin’s army was Ratan Singh’s two brave soldiers Gora and Badal confronted by Gora-Badal and in the end Veergati was attained.

Gora was Padmini’s uncle and Badal’s brother in the relationship. Trick to remember these brave soldiers is presented in front of you.

Trick of Akbar‘s court poets who belonged to Nagaur

Courtier Poet , the court poet of Mughal Emperor Akbar Birbal Who is unknown to .

This court poet of Akbar was included in the Navaratnas of Akbar, who was from Nagaur district of Rajasthan.

Abul Fazal official historian Government Historian and Faizi philosopher and historian was. Today I am going to give you such a trick of Akbar’s Navaratnas who were from Nagaur district of Rajasthan.

You can understand the trick, “The snake is just stuck .

Friends, this trick has been explained further in detail.

Thank you so much for staying with me while I do.

It is always my endeavor to you such will be useful for GK tricks in Hindi bring which you.

of the Short Trick General Knowledge Today in front of you in the next episode of Ajmer , of District Social Worker Social Functionary . Friends like you call ” Harchand here aaja “. Further the trick is being explained in detail.

A small state like Mewar , India’s greatest conqueror and builder of the Mughal Empire opposed Emperor Akbar . This Akbar was opposition to started by Udai Singh and Pratap and Amar Singh also followed the same path.

He laid the foundation of Udaipur city in 1559 AD. Udaysinh Uday Singh of Malwa

By giving refuge to the deposed ruler Raj Bahadur, it was the time of invasion of Chittor for Akbar.

After the death of Udai Singh , Akhairaj of Jalore and Ram Singh of Gwalior

Jagmal was put on the throne in spite of the opposition. but the main

With the consent of the chieftains, Maharana Pratap was placed on the throne in Gogunda.

On the initiative of Akbar, from 1572 to 1573 , four attempts were made to negotiate with Pratap. But all four attempts failed. Pratap died on 19 January 1597 at Chavand . Amar Singh was coronated after Pratap’s death.

Presenting the tricks of Mewar Maharanas, contemporary of Akbar.