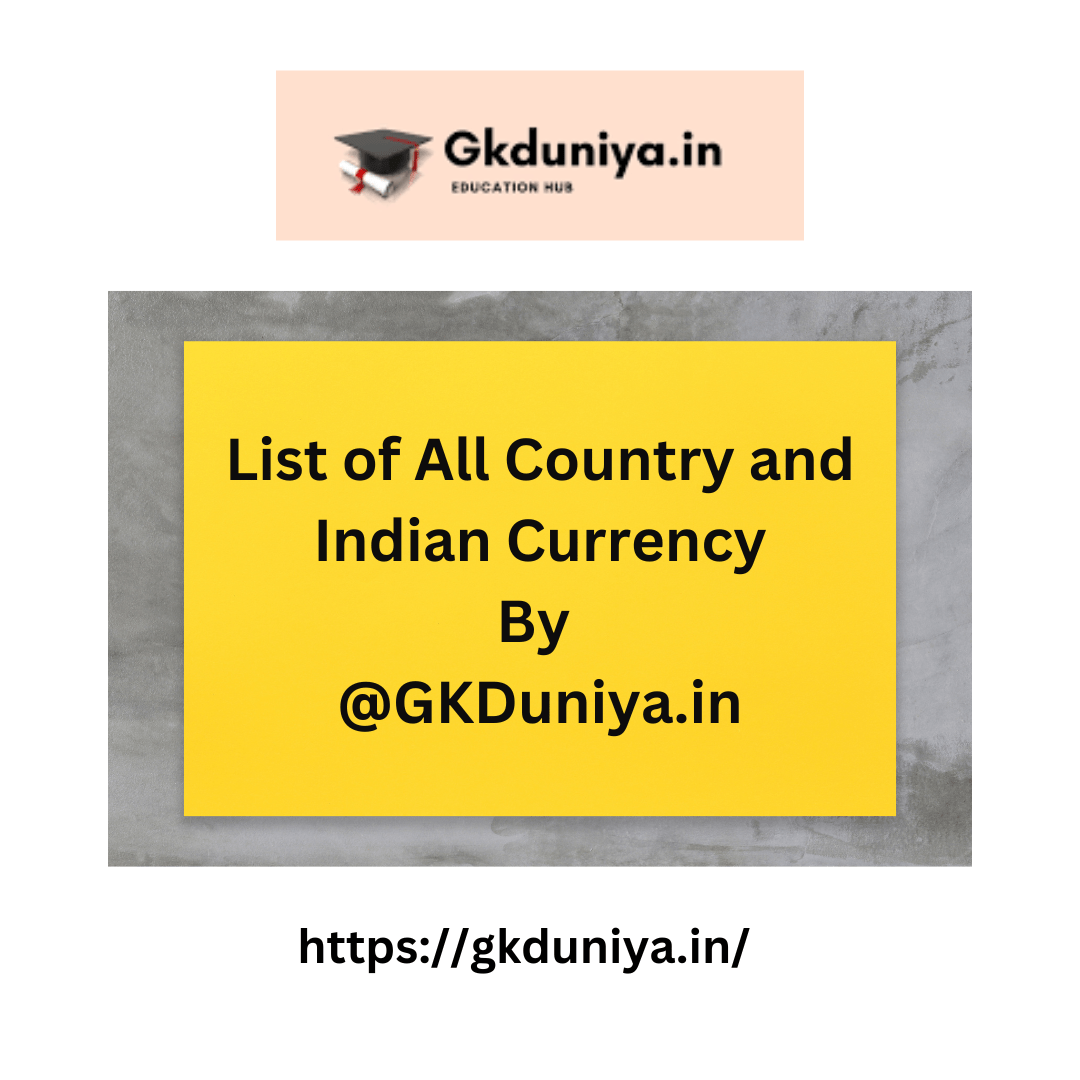 List of All Country and Indian Currency – Rupee for GK Notes

2. Over a thousand years ago, China started using paper money.

3. Sher Shah Suri was the first person to introduce the first “rupee.” It was based on 40 paise (copper) for every rupee.

4. The Indian rupee symbol was created by Udaya K. Dharmalingam and adopted by the Indian government in 2010.

5. Hindi was prominently displayed on the new notes beginning in 1953.

6. In 1861, the Private and Presidency Banks ceased issuing banknotes and were replaced by the Government of India.

7. On July 8, 2011, the first series of coins bearing the Indian rupee’s symbol was released.

10. The rupee was converted into 100 Naye Paise in 1957, marking the beginning of decimalization.

12. In 1770, the Bank of Hindustan issued India’s first paper banknote.

13. With a new series of 10Rs notes, the current Mahatma Gandhi series of banknotes began in 1996.